For Seymours Soccer Aid 2022, Seymours Residential Sales took on their opponents in Residential Lettings and Land & New Homes departments. The event was hosted by Woking Football Club in their iconic stadium and supported by a 200 strong collection of passionate friends and family, harnessed the power of football to make sure thousands of patients, their carers and families throughout Surrey can continue to get the care they so desperately need.

With plenty of football fans in our offices, #teamSeymours had no trouble getting the numbers together when we announced we would be holding a Soccer Aid event for Woking & Sam Beare Hospices.

Phil Wormley, Director of Fundraising for Woking & Sam Bear Hospices commented: “We were delighted to be a part of this really special and fun event at Woking Football Club seeing the different teams from Seymour’s battle it out under the floodlights. It was great to see everyone having such a good time and we are hugely grateful to all of the participants and everyone involved at Seymour’s for their generosity and support which will help us to continue to deliver exceptional care to patients from across North West Surrey.”

Woking & Sam Beare Hospice and Wellbeing Care is a charity that cares for over 2,000 patients and their carers and families each year. 80% of the the hospice’s care is delivered in the community in patient homes, the care continues in nursing homes and in-patient ward at the hospices.

Comprised of players from our Woking and Guildford regions, Seymours staff were split into three teams. First up Residential Sales playing in their pristine white kit, took on the might of our Woking Lettings operation playing in Seymours blue. Warm-ups done, it was time for the kick off for the first of three games which would be 30 minutes each and 15 minutes a half.

A close first half ended nil-nil, but with lots of smiling faces and a close game, the players were relishing playing on the hallowed ground of Woking FC. After a quick break and refreshments at half time it was Ethan Hunt who managed to break the stalemate, with a great shot from within the penalty area to beat the keeper and take a one-nil lead. Ben Rosser quickly made it a two-nil lead that Seymours Residential Sales would hold onto until the end.

Before play started, all the teams had the opportunity to submit, in true estate agent style, sealed bids to dictate the running order of the matches. Seymours Residential Sales bid a £500 donation to Woking & Sam Beare Hospice, which meant they wouldn’t have to play back to back games, giving them the advantage for their debut in the final later that evening.

Not letting their defeat get to them, Seymours Lettings team now faced a mountain to climb as they took on their second consecutive match against Seymours Land & New Homes playing in all yellow.

With a fast start to the game the tiredness started to show in the legs of the lettings boys and with some strong performances from Mark Liney (later named player of the match) and the fast feet of Land Director, Massimo Lanzalaco for Land & New Homes, they quickly took an early lead with Andrew White, Partner at Seymours Knaphill scoring the first of the goals which would take them to a two-nil lead in the first half.

Seymours Lettings weren’t giving up yet and gave it their all in the second half, but couldn’t get through the defences and the game ended 2-0.

To help build excitement for the final, between the games and for a small donation to Woking & Sam Beare, children got the chance to play Beat The Keeper, bringing joy to the faces of the younger crowd and some extra practice for goalkeeper Brett Foulser – he really wasn’t taking any prisoners, but the kids enjoyed their moment on the Woking FC pitch.

As the evening sun set and the flood lights now illuminating the Woking pitch, it was time for the final between the winning team. Seymours Residential Sales playing in white, taking on the dominant looking Land & New Homes team. The fresh sales team took the lead with Guildford’s Senior Sales Negotiator, Luke Minto scoring the first goal!

The frantic first half ended 1-0 to Sales, but Land & New Homes stepped up the pace and came back one-all and as we headed into the final minutes, goalkeeper and Partner at Woking Residential Sales, Brett Foulser went for a huge clearance from within the penalty box, only for the ball to bounce wildly off his own team-mate giving Land & New Homes the chance to score the winning goal and take the game 2-1.

Of course the real winners here are Woking & Sam Beare Hospices, with Seymours Soccer aid raising £1,502 on the night with more donations continuing to come in from players, friends and family alike. This brilliant total brings us one step closer to our pledge to raise £25,000 in 2022 for Woking & Sam Beare Hospices. We’re looking forward to the Dragon Boat races in Goldsworth Park as the next fundraiser for Woking Sam Beare on Sunday 15th May, where Seymours will return for another year to compete for the chance to become champions against the wider community. Let’s hope the sun is shining because we’re inviting everyone to join us for a fantastic day of fundraising.

We need to say a big thank you to Woking Football Club for hosting the fundraising event. Seymours have recently agreed a new 3 year partnership with Woking Football Club which means we’ll be continuing to support the hub of the local Woking community on their journey up the football leagues.

We’re incredibly grateful to Commercial Director, Mick Livesey for granting the use of the Woking FC pitch anything other than a professional game for the first time ever, without their help we couldn’t have run such a fantastic fundraising and teambuilding event for Seymours and Woking & Sam Beare Hospices.

As the dust settles in the days following, the aging legs may be aching, but the goal scorers will dine out for weeks on their memories of playing on the famous Woking FC pitch and our staff can’t stop talking about the drama of the night – it really was such a fantastic opportunity to bring our team together and raise spirits in a way we’ve all missed in the last couple of years. 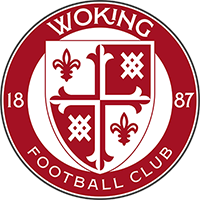